Man vs Food: Dining on board Celebrity Solstice

Anyone who has gone on a cruise will tell you one thing: too much food!  Not only is there too much food on a cruise, it is available to you almost all the time!  One has to have the strongest will and resolve to not over indulge.  On our recent cruise to Alaska, I lost the battle to Food (and drink:-()!  I found a pound or two a day, I believe.  Unfortunately, they didn’t stay on the cruise when we disembarked.  Instead they stuck with me like crazy glue.  They are still stuck three months hence.

I must admit I did not gain all the pounds by eating.  Instead, i gained more drinking them.  One of the perks of booking early was a complimentary Unlimited Beverage Package.  Any beverage under $11 may be consumed at any time.  There were premium cocktails that were not a part of this package though.  My favorites, Blue Martini was not on the list and would have cost me an additional $4 to order it.  So what did I do? I was sweet talked to pay an extra $38 on the third day of the cruise just to get this drink.  Well, now that we paid extra, we have to drink what we paid extra for.  Bad mistake, ugh!

I digress.  Let’s go back to dining.  We chose early dining to allow us time to enjoy the evening entertainment on board the ship.  Main dining was at the Grand Epernay on Deck 4.  Our designated table for 2 was by a picture window port side.   We were assigned our own Waiter, Ali, and Assistant Waiter, Gypso.  If we were wine drinkers we would also have had our own Sommelier.  Dinner always consisted of your choice of an appetizer, a main dish and dessert.  My go to starter was always the freshest Caesar’s salad and always finished with Creme Brulee.   Appetizer favorite the Escargot A La Bourguignonne.   You may order as many of these as you can consume.  The portions were just enough and the food was always savory.  Dress code is semi-formal on some nights and smart casual on others.  I don’t bring gowns on a cruise so this translated to  cocktail dresses for me and slacks and long-sleeved shirts for Ralph.

The Oceanview Cafe on Deck 14 is open 18-20 hours a day.  They have a variety of dishes catering to a lot of different palates and ethnicity.  There were Indonesia, Indan, Japanese, Filipino, Latin American and American dishes to choose from.  We ate breakfast at the Cafe, had lunch and dinner in the main dining hall.  This was the secret to not over indulging on the calories.  With so many choices on the buffet line, you cannot help but take everything you see in sight and consume every morsel of it.  Pair it with a cocktail drink and you’ve just doubled your caloric intake for that meal.

After our stay in Skagway, we celebrated our anniversary with a special 5-course dinner at the Silk Harvest.  It is a Far East fusion restaurant.  It is a specialty dining restaurant with limited seating.  Dinner here is extra.  This place did not disappoint.  It was well worth it.  On the menu was Chili Seared Sesame Scallops, Pork Tankutso, Peking Duck Crepe Roll, Korean BBQ Tenderloin and Lobster Two Ways (Red Chili Wok and Lemongrass Tempura).  For dessert was a delectable Lemongrass Sabayon.  We paired them with Japanese Sake and Philippine San Miguel Beer. 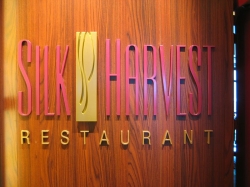 One of the several specialty restaurants

With the restaurant staff

Anniversary celebration at the Silk Harvest

On our last day at sea, the Oceanview Cafe had an International Lunch Buffet.  The place was adored with flags from different countries and the dishes were international.  A Filipino band (kitchen crew transformed into band members) entertained us.  The seas were a bit rough on this day but the place was still packed.

For night caps, we enjoyed sipping cappuccino and a pastry or two at the Cafe Al Bacco & Gelateria.   Thank goodness the gelatos were not part of the cruise package or else we would have eaten more it:-)

I have sailed on Carnival before.  I will say that this was 100 times better than Carnival.  The buffet area was always clean.  There were no food morsels on the floor and no food outside serving dishes on the buffet tables.  From day one were fresh and crisp.  The strawberries served on our last day up on Oceanview Cafe were so red and fresh that it looked like they had just been picked.   Dining on board the Celebrity Solstice is 5-star both for cleanliness, service and quality of food.  I will have this cruise ship on top of my list to cruise on again.

Check out more dining pictures on board the ship on my YouTube Channel here. 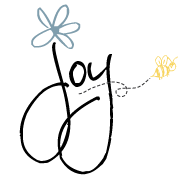